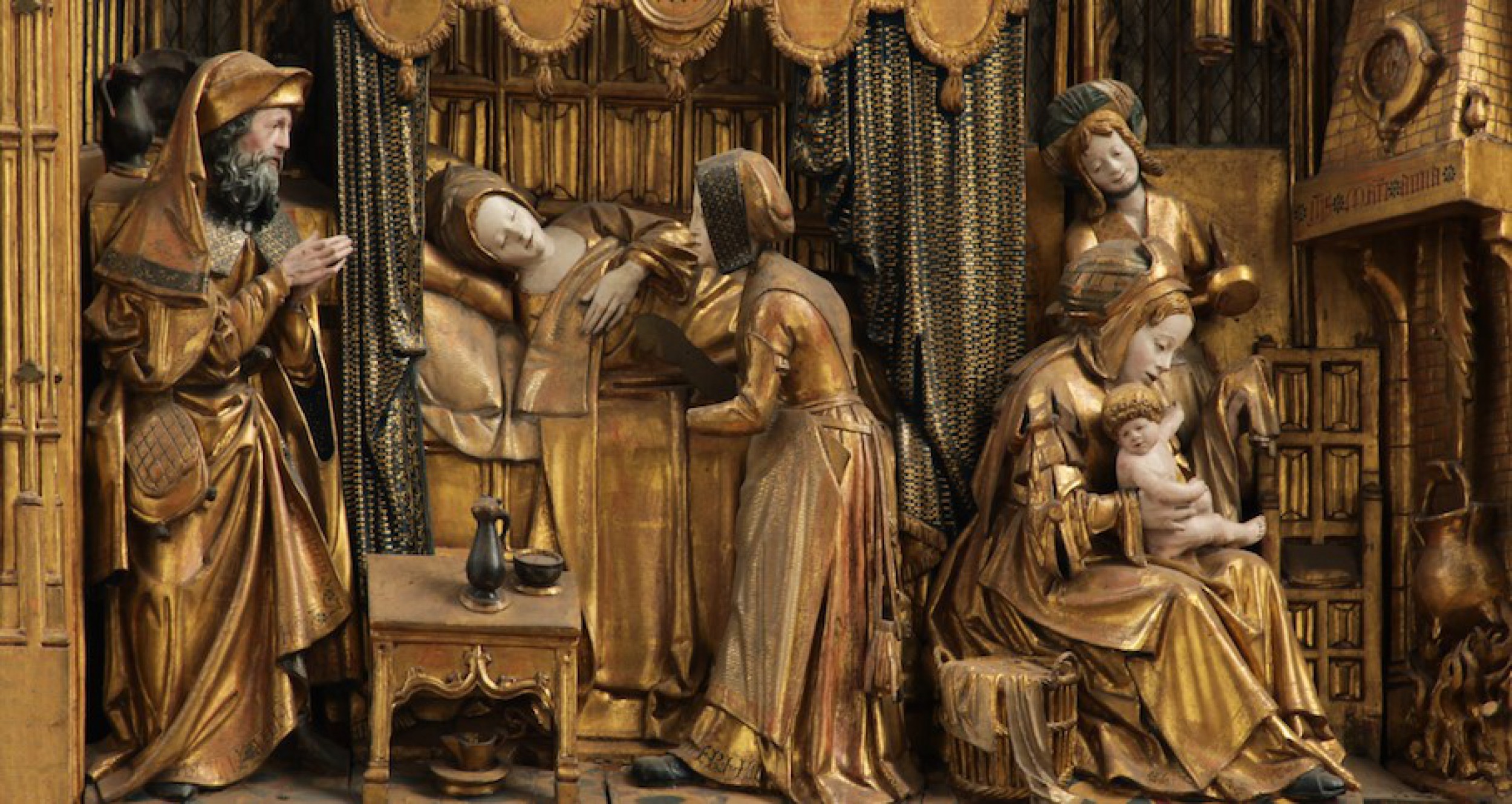 The Iconology Research Group and Illuminare - Centre for the Study of Medieval Art of the KU Leuven have the honour to invite you to a lecture by Prof. Dr. Ethan Matt Kavaler entitled Sacred Theatre: Netherlandish Sculpture in Time and Space. The lecture takes place on the 26th of October 2017 at 2 PM at the Faculty of Arts in the auditorium MSI 00.28 (Blijde-Inkomststraat 21, 3000 Leuven). The lecture will be followed by an informal drink at the University Library (Ladeuzeplein 21, 3000 Leuven), supported by the Chair for Medieval Sculpture in the Netherlands (Illuminare - KU Leuven).

How did Netherlandish sculpture convey the critical events of sacred history? Three genres were principally entrusted with this task: the holy sepulchers, which staged the entombment of Christ for onlookers; crucifixions, which presented the central event in Christ’s life on earth; and carved altarpieces, which represented several moments in the story of the Passion, the life of the Virgin, and the history of saints. This lecture examines techniques for engaging viewers and their emotions. It considers the role of framing and of scale. And it suggests ways in which these sculptures shaped differing notions of time that were critical to devotional and experiential life in the early modern period.

Ethan Matt Kavaler (matt.kavaler@utoronto.ca) is Director of the Centre for Reformation and Renaissance Studies and Professor of Art History at the University of Toronto (BA: Harvard University / MA: Columbia University / PhD: New York University). He is the author of Pieter Bruegel: Parables of Order and Enterprise (1999), Renaissance Gothic: Architecture and the Arts in Northern Europe 1470-1540 (2012), and many articles on late medieval and early modern art. His work focuses on issues of devotional practice and affective engagement, ornament, embodiment, and periodization. He is preparing, with Anne-Laure Van Bruaene, an anthology on Netherlandish Culture of the Sixteenth Century. He is also co-editing a volume of the Netherlands Yearbook for History of Art a volume on early modern sculpture in the Low Countries. He is now writing a study of Netherlandish sculpture during the long sixteenth century. Professor Kavaler has been invited as a visiting Professor to Yale University and the University of Innsbruck. He is a member of the Royal Academy of Archeology of Belgium and a former member of the managing board of the Historians of Netherlandish Art.