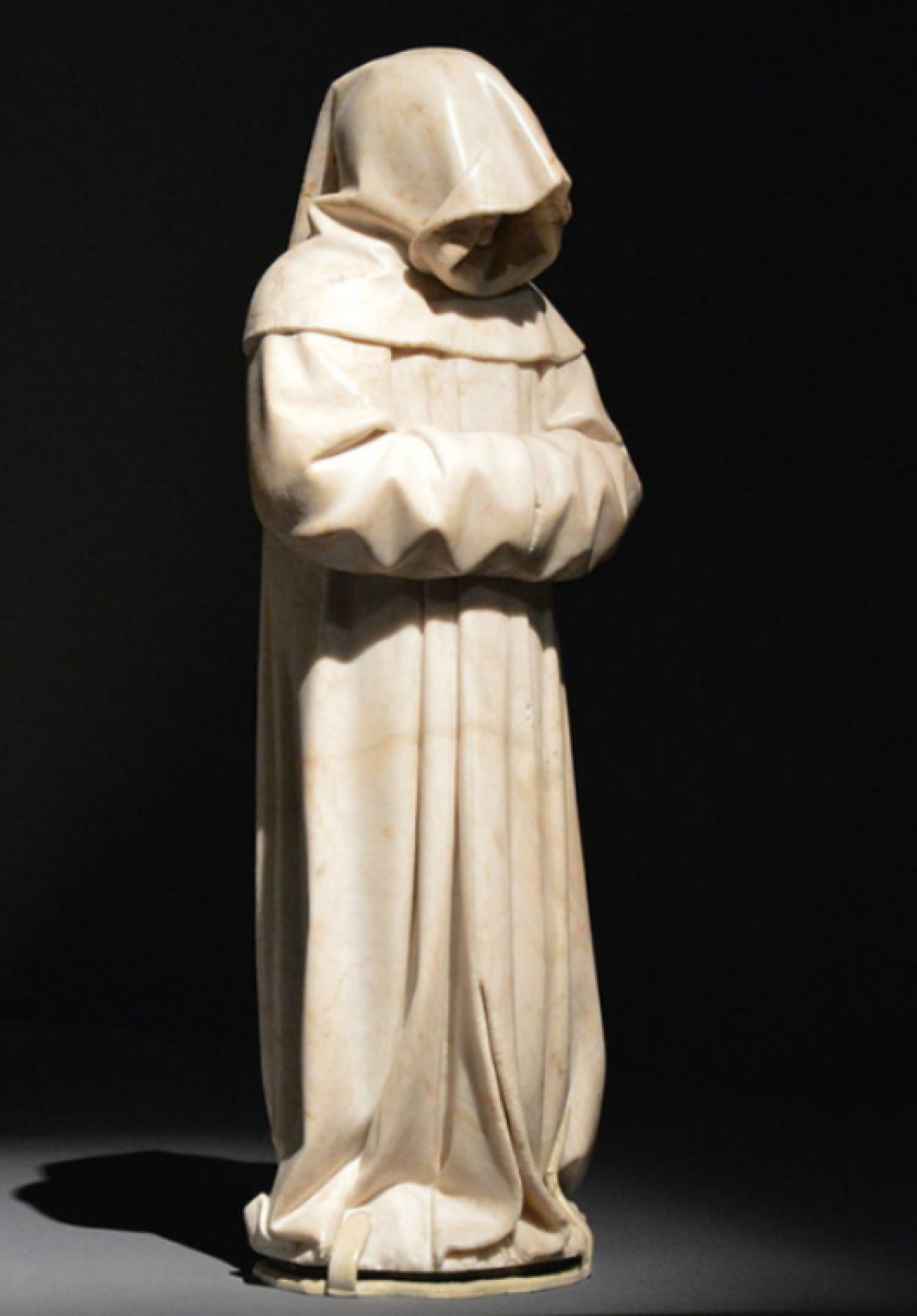 Our knowledge about sculpture in France during the long 15th century, from the International Gothic period to the early Renaissance, is in a paradoxical situation. It has been enriched by numerous studies over the last few decades, which have focused on certain issues such as the artists and the centers or regions of production, on the most significant building sites, on the commissioners, on certain forms and iconographies, not to mention the materials and techniques. All these works have underlined, if it were necessary, the dynamism and the quality of the sculpted production of the last century of the Middle Ages in the kingdom of France and, within it, particularly in the Burgundian artistic center. The product of a dense network of artists and patrons, the sculptural production of the areas under the rule of the Valois princes of Burgundy from Philip the Bold (1347-1404) to their distant imperial heirs at the beginning of the sixteenth century has long attracted the attention of art historians, who have recognized it as a veritable “melting-pot” of late medieval French and European sculpture.

However, since the works of Louis Courajod (1841-1896), André Michel (1853-1925), Paul Vitry (1872-1941), Marcel Aubert (1884-1962) or Pierre Quarré (1909-1980), the narratives of Art History have not changed much about this production: they remain structured by the artistic personalities of the sculptors of the ducal workshop (Claus Sluter, Claus de Werve, Jean de La Huerta and Antoine Le Moiturier) and continue to relay the same clichés on the animated and generous draperies, supposed to give way to those of the Loire détente, which, itself, prepares the field for the innovations of the Renaissance. On closer inspection, however, numerous works of art as well as documentary sources come up frequently and persistently in contradiction with such narratives. These narratives born with the great syntheses of the 19th and 20th centuries, when the territories remained less well known than they are today, still weighs heavily on our views about 15th-century Burgundian sculpture.

This history, as it is told, is the product of ideological configurations rooted in a specific period. It has already been emphasized, but it has been less often noticed that it has made any real reappraisal of this production difficult. When André Chastel (1912-1990) makes of the art of the 15th century a milestone in the progressive constitution of a “French taste”, of a “French manner” (put in parallel with the march towards the political unification of the kingdom, scandalized by the heroic ride of Joan of Arc until 1431 then the integration of Aquitaine in 1453, Burgundy in 1477, Anjou in 1481, Provence in 1487, Brittany in 1521 or Bourbonnais in 1531), this historiographic construction is based primarily on the study of architecture and painting in its various forms rather than on sculpture, which is only marginally used. Louis Courajod had previously called upon this sculpture, but essentially to make it the vector of a northern baptism of French art, to counteract the influences, deemed as deleterious, of southern Latinity.

It is the whole of these accounts that the present colloquium wants to put back on the workbench. A partnership between the University of Burgundy, the University of Franche-Comté, the University of Lausanne and the Louvre Museum, led to a collective reflection undertaken since 2021 on 15th century Burgundian sculpture. This research program has already given rise to a meeting, held in Lausanne in May 2022, devoted more specifically to the European influence of this sculpture, its sources as well as its receptions. The colloquium to be held in Dijon from Monday, December 11 to Wednesday, December 13, 2023, will aim to extend this discussion by addressing the various aspects raised by this remarkable heritage: its historiographical stakes for the history of Art History as a discipline; the way in which recent discoveries and works have recently contributed to reconfiguring ancient narratives; the methodological questions raised by the willing to attach specific artworks to the great documented figures; the rethought insertion of this production into the strictly sculptural, and then more broadly artistic, panorama of the kingdom in the late Middle Ages; the phenomena of coexistence, resistance and local idiosyncrasies perceptible in the territory, notably in its vernacular production, such as the paradox (and not the least) of the numerically very reduced reception of the art of Claus Sluter, who nevertheless became a tutelary figure of Burgundian sculpture; in this respect, the way in which the geographical and political singularity of the division between the lands “de par-deçà” (Burgundy and the geographically French Franche-Comté) and the territory of et “de par-delà” (the Southern Netherlands) was taken into account to understand the building up of a specific style.

This symposium is directly linked to the project of a major exhibition to be held at the Museum of Fine Arts in Dijon in 2026 and which will be devoted to Burgundian sculpture from the 15th century. As such, it will also be an opportunity to organize a collective brainstorming on the synopsis of this upcoming exhibition and the issues it could raise (a workshop will thus be devoted to this reflection at the end of these three days of the colloquium).